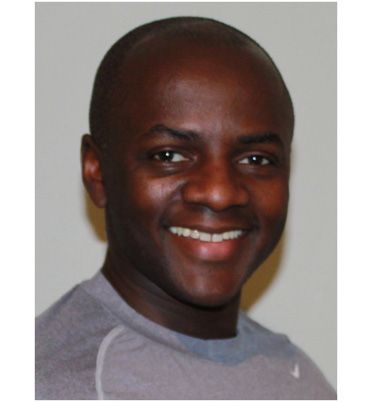 Henry Adekoya is a keen sports enthusiast and has enjoyed playing for England at his chosen sport.

Henry started out as a fitness instructor back in 1995, to pursue a profession in the fitness industry. Henry worked and trained at RTW Sport in Tunbridge Wells, and is certified with the London Central YMCA, as an advanced Fitness and Exercise instructor. Henry is a member of the Register of Exercise Professionals and is an insured member of Fitness Professionals (Fitpro).

With his expertise of over 25 years in the Fitness industry, Henry provides clients with interesting and successful fitness prescriptions which perfectly suit their needs. These first class training methods are due to the vast depth of his knowledge, his ability to relate to others and his enthusiasm to encourage each and every person he manages. Henry’s creative talents lends itself to any age group from primary school to retirement resolving any fitness issues they may have.

Henry has trained athletes that have played for the Harlequins, Arsenal FC, and Scotland RFC, county players in rugby, cricket, hockey and tennis. Henry has also worked as a fitness advisor and played with the successful three times National and twice European Champions the Cruisers in-line hockey team.

Physique has been part of several charity events, such as giving advice on fitness to 30 walkers who were trekking with Lady Astor through Inner Mongolia to raise funds for the National Autistic Society. Henry has also supported Dorton House in Sevenoaks, Royal Society for the Blind at their charity ball at the Savoy, London and taken part in the Playtex Moonwalk for breast cancer and Sports Relief at Marlborough House School, Hawkhurst.

Henry has worked at Hadlow Agricultural College as Head fitness advisor providing fitness plans for staff and students. He has also appeared on BBC Radio, giving advice on fitness and on television on ITV. In 2010, the television producers of ‘Tricky TV’ approached Henry after viewing routines on his Strictly Funky web site, to choreograph and perform on CiTV with a group of his own dancers.

Henry has also been approached by Sainburys, and was asked if he would like to take part in their active kids scheme after viewing his website. Henry now represents Sainburys Active Kids promoting fun fitness sessions and dance for children in primary schools around Kent and Sussex.

Henry’s aim when teaching, is to motivate, inspire, encourage, and instil confidence so that the realisation of an individuals true potential can be reached

"Fitness for health strength for life"